What’s the Difference Between Raisins, Sultanas, and Currants?

You are here:
Blog 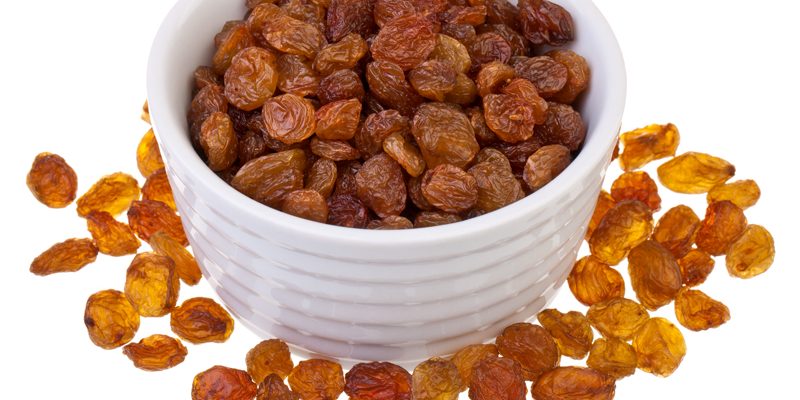 Raisins, sultanas, and currants are small, sweet dried fruits that are used in many of the same ways, but they have their own unique traits.

Do you know the difference between these frequently mentioned baking basics?

The Difference Between Raisins, Sultanas, and Currants
While all three are types of dried fruit and used in similar ways, there are several things that set raisins, sultanas, and dried currants (both true currants and Zante currants) apart from each other.

Raisins, sultanas, and Zante currants are all sweet dried fruits that stem from different varieties of vine-grown grapes, while currants really are a fresh bush-grown berry that is tart rather than sweet. Currants are also sold dried, but they’re not as readily available as sultanas and raisins. 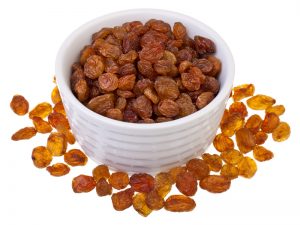 Raisins are dried grapes, specifically dried white-fleshed grapes. These grapes are initially green in skin color and darken as they dry, becoming a dense, dark-colored dried fruit containing small seeds and bursting with sweet flavor. Raisins are commonly produced in the U.S., Turkey, Greece, and Australia.

Raisins are commonly eaten out of hand; mixed into foods like oatmeal, granola bars, and chutneys; and used in cakes, pies, and other baked goods. They’re often soaked in alcohol or other flavorful liquids before being used in baked goods, as they easily absorb liquid.

Sultanas, sometimes just called golden raisins, are golden-colored dried grapes that are made from various varieties of seedless white-fleshed grapes. The skin of these fruits start off as pale yellow in color, but unlike raisins, don’t darken in the same way as they dry. Compared to raisins, sultanas also easily absorb liquid, but are smaller and slightly sweeter. Sultanas are used in the same ways you’d use raisins.

While raisins and sultanas are sweet and grow on vines, true black and red currants are quite tart and grow on bushes. The name currant on its own just refers to the fresh currant fruit.

So what exactly are the sweet, dried fruits labeled Zante currants? These are not actually proper currants! They come from very small grapes (about one-fourth the size of standard grapes), and that’s where some confusion may arise.

Here’s the history: Around 1911, the commercial cultivation of black currants was outlawed, as it was believed they were spreading disease that affected the U.S. timber industry. Shortly thereafter, Greece started exporting Zante currants, small, dried grapes that were a fraction of the size of standard grapes. Supposedly when the first shipment reached the U.S., the word “Corinth” was mistakenly translated into “currant,” and the name stuck. Since true currants were banned for some time, people came to know Zante currants as currants.

When you buy currants at the grocery store today, you’re likely buying Zante currants — these tiny dried grapes. They’re sometimes labeled as such, and sometimes simply labeled as currants. True dried currants are harder to find and typically labeled as black currants.

While different in color and slightly different in sweetness and size, raisins and sultanas are quite similar. Since they’re used in many of the same ways, they can be easily substituted for one another. Zante currants are similar to raisins and currants, just smaller in size, so they can only be used as a substitute on a case-by-case basis.

True currants, on the other hand, are a very different fruit. Black currants are a fresh, tart berry, and while dried currants are available, they are not as readily available as raisins and sultanas.